Is gender-equal society a utopia? 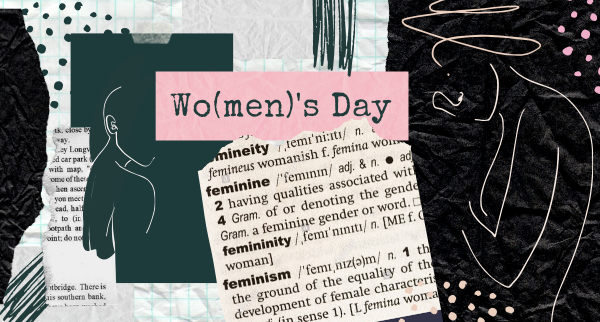 Today is the 8th of March, International Women’s Day. Today it should be about celebrating women, raising awareness against discrimination and fighting the inequality. Unfortunately, it’s also a day when we confront ourselves with a harsh fact of how gender-equal society is still work in progress.

Women aren’t born as feminists; we become one if our rights get violated, or we experience any inequality in personal or professional life.

I became very much aware of inequality in a much later stage of my life, but it hit hard nevertheless. It started with job interview questions about my relationships and if or when I’m planning to have a baby. Then it continued with ridiculous comments from some male colleagues. Then I experienced the pay inequality. I faced harsh feedbacks because I was speaking my mind and pushing my ideas. I didn’t get promoted because there was a male colleague who was more “suited” for the role. I got into exhausting discussions because I would always react strongly against the injustice, sexism, racism or any other discrimination.

Battling the invisible enemies made it easier to fall into the victim narrative, and that was the worst part. I wanted to prove to everyone I was more than my gender, nationality, and status. But the moment I stopped pitying myself, everything turned around. The moment I realized I was the only one keeping me in a box, it was liberating.

I reclaimed my power.

The bad experience does not determine who you are – it helps you understand who you are meant to become.

It took time, energy, patience, a major identity crisis, and approximately 200 applications to find my way in a new country, build my life entirely from scratch, change profession at the age of thirty and become a successful self-employed woman. Things started to change for the better as I changed the perception of how I see myself as a woman and a human being.

I believe true equality won’t happen unless we stop perceiving ourselves as victims, powerless, and voiceless.

We are more than the roles society gives us. We are more than stereotypes. We need to start expressing all the ideas, and skills we have within fearlessly and confidently.

Unfortunately, even in 2020, it’s easy to get demotivated. In a recent Crunchbase report, they say that “female-founded companies continue to be underfunded. In 2010, only three percent of invested dollars went to female-only founders and in 2019, almost 10 years later, that number remained at just three percent.” Demotivating is an understatement.

This brings us to a crucial point in feminism and that is: gender equality is not just a female issue. How can we proceed forward if men and women aren’t on the same page? It’s vital that we include men in this fight, instead of trying to overcome such a complex issue separately.

The world of tomorrow must be based on the inclusion and celebrating the strengths of both sexes.

The sooner we stop magnifying on our differences and focus on the things we can improve together, the better the future looks like. The future where our children won’t be limited or determined by their gender, but by their skills, ideas and individual qualities.

Marketing 101: Maslow’s hierarchy of needs and its relevance today

Mindfulness for all: A lesson in compassion by Headspace